Testing and debugging your iOS apps

You can test/debug your iOS apps in the iOS Simulator or directly on the the device itself. The iOS Simulator is part of the Xcode download, so you'll need to make sure it is installed before trying to run your Xojo iOS projects.

Refer to the Installing Xcode and Apple Certificates topic for information on how to install Xcode.

Running your app in the iOS Simulator 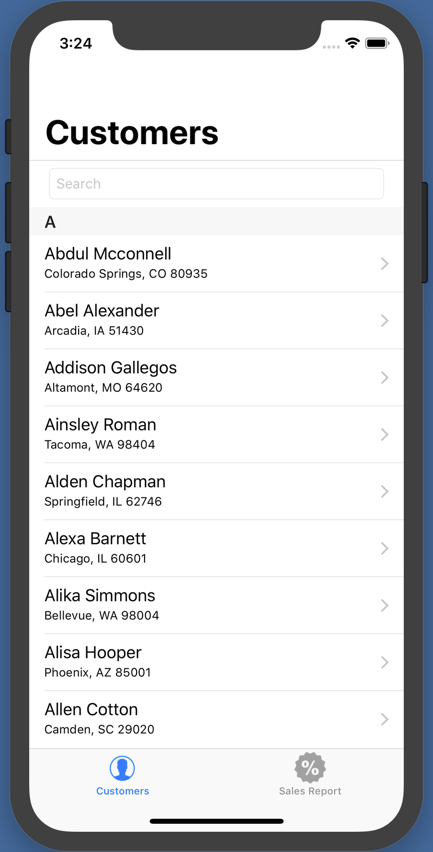 By default, Xojo runs your app on the smallest simulator screen available. It's best to test your app on a small screen to make sure your user interface design works well on small screens.

When you run the app in the Simulator, you can use the Xojo debugger where you can set breakpoints to stop at the line of code, and then step through the code and look at variable values.

You may have noticed that the iOS entry in Build Settings has a build step called "Sign". This build step is used to code-sign your iOS app when you build it for deployment. You cannot change its properties and you should not remove it.

To test on-device, first go to Settings > Personal Hotspot on your device and turn that on.

Next, you will need to complete four steps in Apple's Developer Portal:

Next you need to set the Team and Build For properties in your project:

The first time you run an app on-device (or after you delete the app from your device should you do so), you'll get a warning about the app wanting to connect to the WIFI network. This is required for debugging. At the moment, this causes the first run to fail. Press Run again and the app will run to test on the device.

Once you've set up all of that, in Xojo choose Project > Run On then choose a device from the menu. If you have a device plugged into your Mac, you can run directly on it. 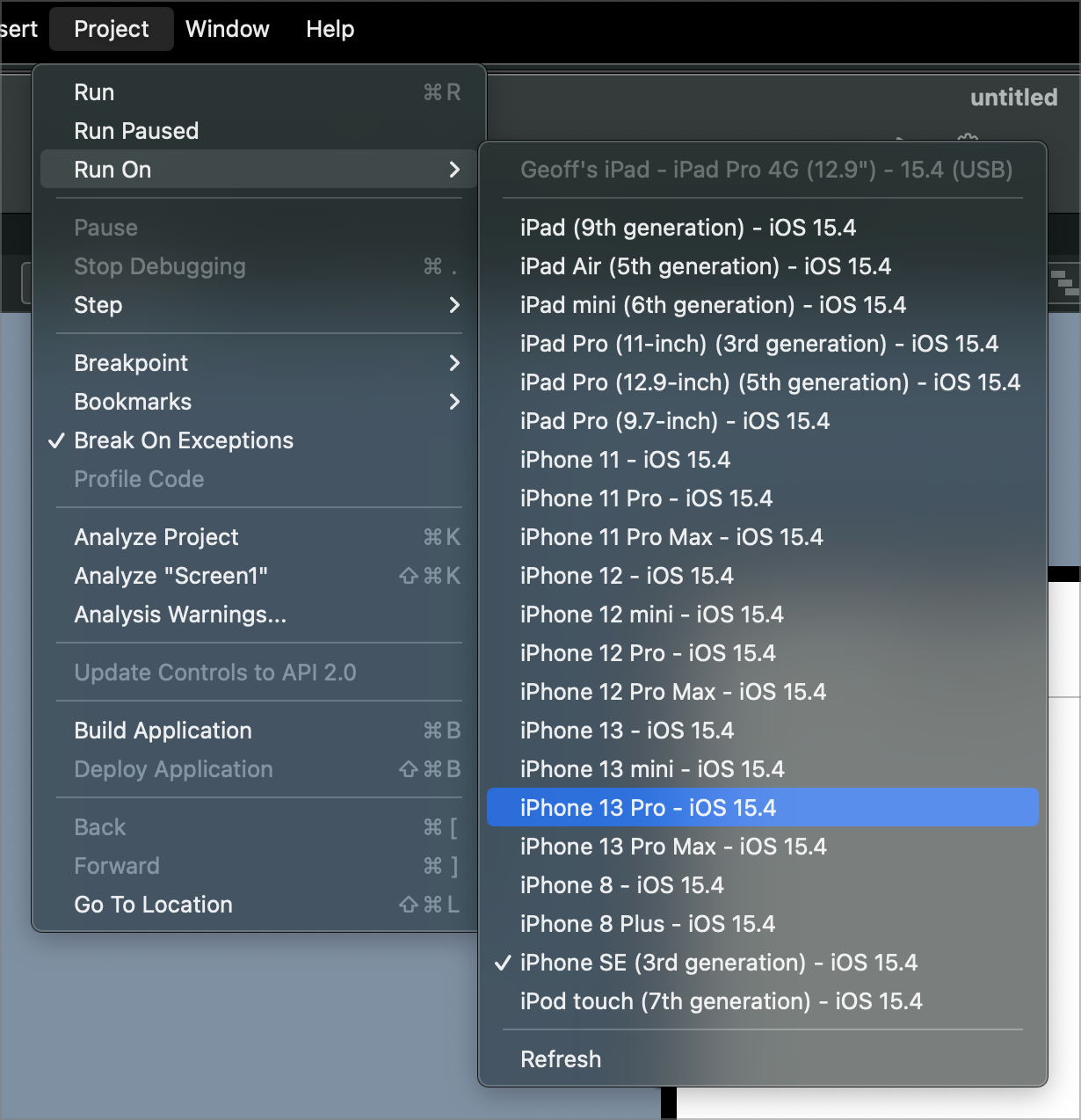 When testing on-device, make sure not to let your device go to sleep or you'll have to reconnect it.

When you use Copy File Steps to copy files to your iOS app on the Simulator, the files are copied to special locations on the Mac itself. These files are not removed between runs of your app.

You may find that the list of iOS devices and iOS versions for the iOS Simulator contains many more information than you need. For example you may not really need to have iPhone 5, 5s and SE listed in the iOS Simulator.

To remove older devices that you no longer need from the iOS Simulator, you 'll need to go to Xcode and open the "Devices and Simulators" window (in the Window menu). Select the "Simulators" tab to see all the iOS Simulator devices that are installed. If you have multiple iOS versions installed then you'll see devices listed more than once since each device is listed for each version of iOS. For example you may see iPhone 8 listed for both iOS 11.0 and iOS 10.3.1.

This Terminal command can also removed all unavailable devices that are left over from older versions of Xcode:

If you app crashes while running in the iOS Simulator, you can view the system logs for the crash by selecing Debug > Open System Log from the menu. You can also open the Console app to look at the All Messages view, which will also have additional information, including a link to the crash log itself. If you find a crash, please create a bug report and attach the crash log.